OBITUARY: Worth crowing about

Nick Fulcher was never one to take himself or life too seriously, despite carving out a successful career in the local advertising industry during his 36 years in Hong Kong, writes David Price.

I never knew Nick to be solemn. His subversive humour was never far from the surface, nor his love of random associations that would generate playful conversation. He didnt care too much about status, for money or for the morrow. Sod it and the extraction of a cork from a bottle remain enduring aural memories of his company.

I first met him in the bar of the City of London Polytechnic in 1972. He had Barry Gibb hair and was arguing with the bar staff over the temperature of his Newcastle Amber. He believed it should be cellar cool. This, he said, is on the warmer side of warm. This fussiness over food and drink stayed with him throughout his life, and meant we could only lunch at establishments where the harried staff were aware of his peculiar peccadilloes. Jimmys Kitchen, on Wyndham Street, was one such spot. Hed pour over the never-changing menu for hours before always, always ordering the lamb chops. There was a story of him once opting for the pigs knuckle, though I dont believe it.

Nick pitched up in Hong Kong in 1979 and planted himself on the couch in my Pokfulam shoe box. He loved Hong Kong from the moment of arrival and wed eat in the evenings in a dai pai dong  always the same one  in Kennedy Town. On such visits, Nick would insist on wearing pyjamas, declaring it to be only right to at least try to blend in.

He arrived here as a rep for a London-based publisher, though found little appetite for establishing for them a Far East market. He was curiously, and almost immediately, drawn to the use of rather odd advertising slogans in this part of the world. He pondered for hours over the line on a pack of Marvel cigarettes  Worth crowing about  and came to the conclusion it was really rather good. Modeling brought him into contact with advertising agencies and he managed to get hired as a junior copywriter on HK$6,000 a month. A creative career in advertising began, much sustained by his love of lateral thinking. And spoof.

After stints with Ted Bates and DDB, Nick was appointed Creative Director of Saatchi & Saatchi Hong Kong in 1985 and then Executive Creative Director of Lintas Taipei in 1987. Over the next 10 years he founded and built two independent advertising agencies which he guided to acquisition by international groups Interpublic and Omnicom.

In the early 80s Nick married NZ journalist Ali Cromie but the marriage lasted less than a year. In 2009 he married his long term partner Mercedes saying it was the ‘happiest day of his life’. Sadly Mercedes passed away not long after their marriage.

Nicholas Maurice Fulcher was born in Chelmsford, England in 1952 and died in the Tung Wah Hospital in Western on his 63rd birthday.

Back to CLUB NEWS Home 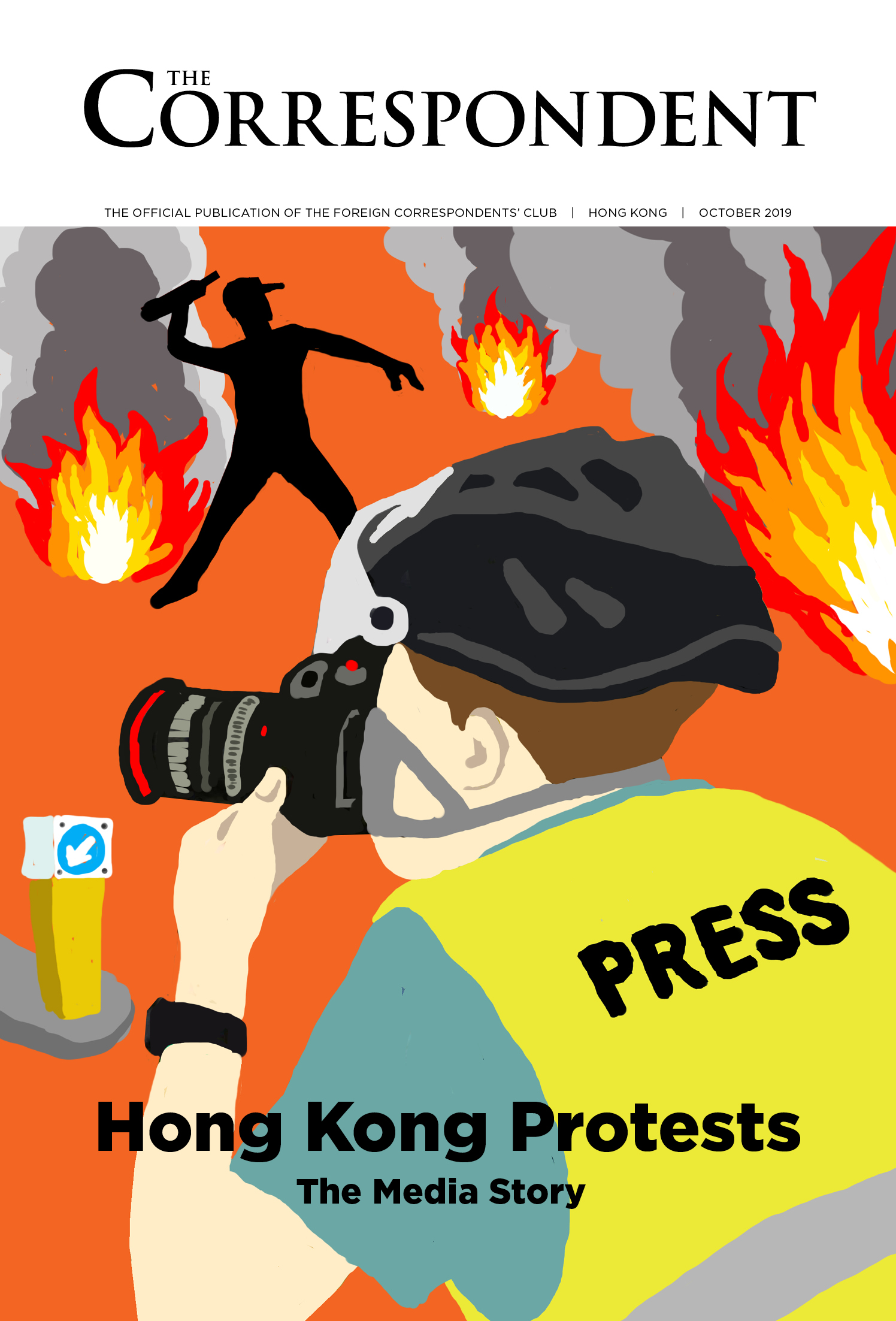 Former BBC reporter Andrew Shaw is proof that there is life after journalism, even if it took extreme changes for him to achieve it. Kate Whitehead tells his unusual story.

Long-term FCC member, the late Walter Kent, will be remembered for his punctual time-keeping now that part of his bequest to the club has been put in its rightful place, at the Ice House Street end of the Main Bar.

The photojournalist who took the picture that will forever represent the Tiananmen Square protests of 1989 died in September in Bali aged 64.

As a trading hub for wine, Hong Kong has seen the price and volume of Burgundy coming into Asia rocket. The region’s first Master of Wine – who’s an FCC member – has just launched a book on the subject.

Battle to cut former Central Hospital plan down to size

The FCC recently sent a message to members to support its representation to the Town Planning Board on the proposed 25-storey hospital and development across the road from the Club.

The Peace Hotel on Shanghai’s Bund has seen it all over 90 years, from glittering guests such as Charlie Chaplin and Noel Coward, to the Gang of Four and Communist officials settling in as the wheels of history turned. Jonathan Sharp went along for birthday celebrations.