Two years ago today, veteran journalist Kevin Lau was viciously attacked in broad daylight on the streets of Hong Kong. The former Ming Pao editor-in-chief was hospitalized for nearly five months with severe back and leg injuries and still requires regular physiotherapy.
In August last year, two men were jailed for 19 years for what High Court Judge Esther Toh described as a “cold blooded,” “senseless and brutal” attack on Mr Lau.
The court heard that the two men had been offered HK$100,000 each to “teach Lau a lesson”, but that they had consistently refused to reveal who had hired them.
At the time of the trial last year, Mr Lau and many other media professionals in Hong Kong urged the police to continue their investigation into who ordered the attack and to spare no effort in bringing that person to justice.
“Only then will the shadow cast on journalists by this violent attack be lifted. And the public will regain their confidence in press freedom,” Mr Lau said on 12 August 2015.
Today, the Foreign Correspondents’ Club, Hong Kong, reiterates that demand and asks that the Hong Kong police make public any progress it has made so far in the investigation.
It is essential for the continued freedom of the press in Hong Kong as well the public’s confidence in the rule of law that the mastermind behind the attack on Mr Lau is eventually brought to justice.

The Foreign Correspondents’ Club, Hong Kong, is concerned that there has yet to be a full and satisfactory explanation of the detention of five Hong Kong booksellers by mainland Chinese authorities despite recent demands and condemnation from around the world, including the United Nations, European Union and the British government. In the absence of such an explanation, the FCC calls for the immediate release of the five detained to  prevent further weakening of damaged confidence among the local, international and business communities in the robustness of Hong Kong’s rule of law and protection of free speech guaranteed by the Basic Law.

The FCC is particularly troubled by the Chinese government’s dismissive response to legitimate concerns raised by the United Nations High Commissioner for Human Rights over the ongoing crackdown on lawyers and civil society activists in China. Journalists are also a target of the campaign.

On 16th February, China’s Permanent Mission to the United Nations in Geneva issued a statement branding the High Commissioner’s “irresponsible’’ remarks as “biased, subjective and selective’’.

With regard to the booksellers, the Chinese government’s statement simply repeated the claim that Lee Bo, a British passport holder, “voluntarily went back to mainland China for assisting [sic] in the investigation, and is safe and sound.” It added that Lee’s colleague, Gui Minhai, who disappeared from his home in Thailand, gave himself up to authorities for a crime allegedly committed 12 years ago. Tellingly, the statement failed to explain how the other three booksellers came to be detained, or to explain why neither the Hong Kong nor Thai authorities have any record of two of them having crossed the border into China.

Sadly, access to the detainees that would afford some assurances of their safety and verification of the government’s explanations has not been possible.

The response of the Permanent Mission once again illustrates China’s contempt for any international organization that dares to criticise its human rights record. It also sends a chilling signal to the people of Hong Kong that they, as Chinese citizens, cannot hope that  Beijing will respond positively to pressure from the international community when their rights are violated.

The FCC urges the Chinese government to take its international obligations seriously and to engage in good-faith dialogue when legitimate concerns are raised over possible breaches of international legal norms and human rights, such as in the case of the five Hong Kong residents. It should also affirm the right of free speech, including by media and publishers, in Hong Kong, afforded under the city’s effective constitution 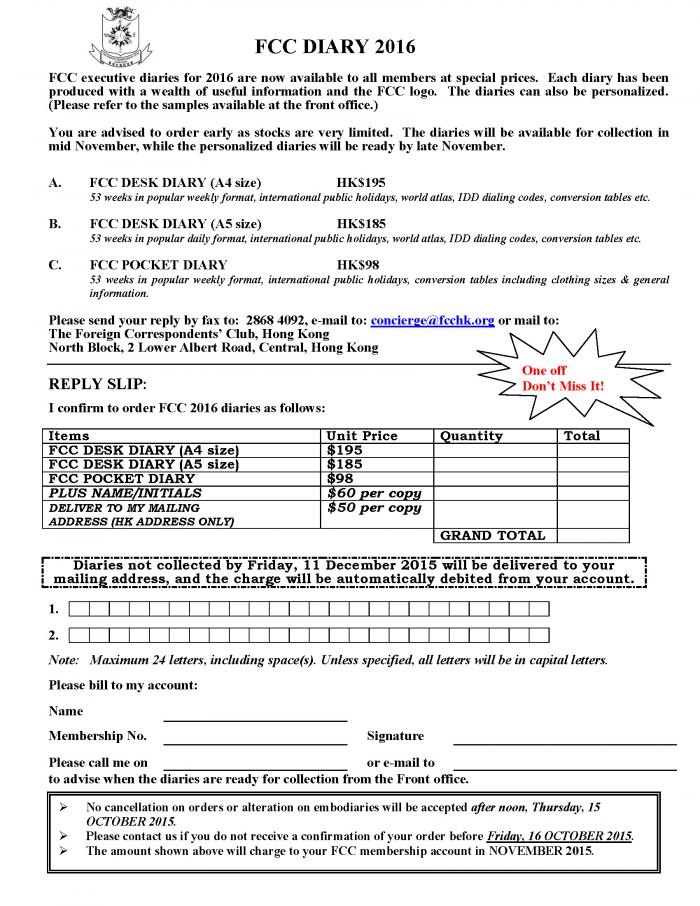