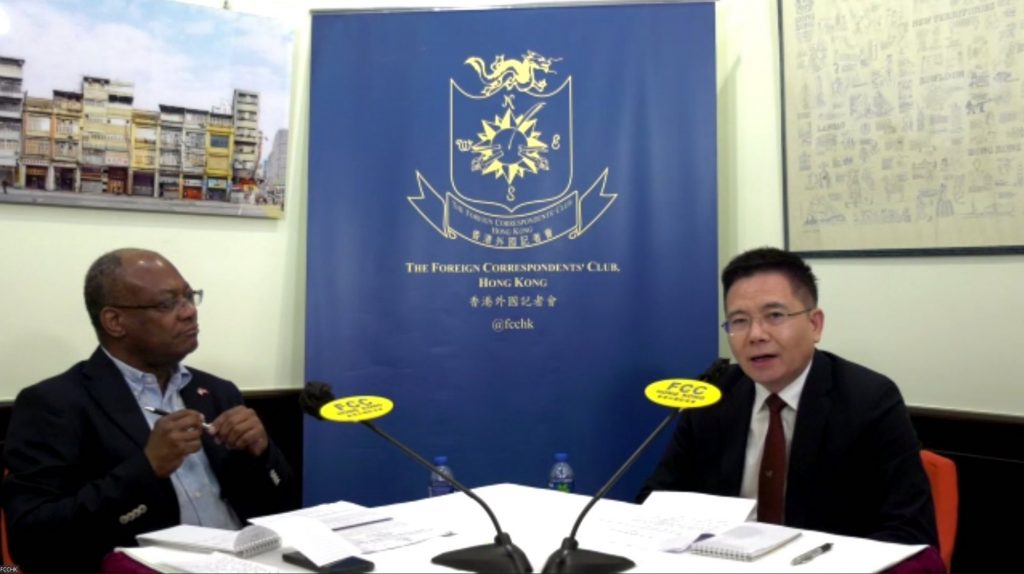 In his first public remarks since the formation of the Bauhinia Party in March 2020, party chairman Li Shan said he wants the new political party to bridge Hong Kong’s blue-yellow divide to solve the city’s pressing social problems, though he seeks no role as an elected official.

“Our colour is patriotism,” said Li, highlighting the party’s focus on unity.

Speaking from the Foreign Correspondents’ Club of Hong Kong in a conversation with club president Keith Richburg, Li also said he is not a member of the Communist Party and he was not prodded by Beijing to start a new pro-China party. He went on to defend the central government’s increasingly interventionist role in Hong Kong’s affairs, comparing the city to a poorly performing business subsidiary.

“If Hong Kong is doing well, then Beijing has no reason to intervene,” said Li.

In an opening statement outlining the Bauhinia Party’s purpose and vision for the future of Hong Kong, Li painted a picture of a city that has lost its former greatness and entered dark times due to income inequality, a shortage of affordable housing and a lack of opportunity for many people. He said that these fundamental problems have led to widespread despair and anger, even as he called for unity to confront the city’s systemic problems.

“If we work together, Hong Kong can, and will, become a shining paragon of modern society once again,” said Li.

Born in a poor village in Sichuan before going on to become a successful banker, Li said he was naive and uneducated about Hong Kong politics until recently, and that his involvement in forming a new political party stemmed from his love of the city and, more pertinently, concern about its future.

A member of the 13th National Committee of the Chinese People’s Political Consultative Conference, Li will soon be attending the annual session in Beijing, where he said he will be putting forth new proposals to address Hong Kong’s affordable housing crisis.

Li and his fellow party members have also proposed changes to the Legislative Council, including turning it into a bicameral body with a lower house of directly elected members and an upper house composed of members appointed by the Chief Executive. Asked to describe LegCo’s relationship to the Chief Executive, he said, “Of course there is a check and a balance.”

Though Li said he currently has no plans to run for LegCo or Chief Executive, he said the Bauhinia Party will focus its efforts on the selection of the city’s top-ranking official. “I think she most certainly can do a better job,” Li said in regards to Carrie Lam’s performance. Earlier, in his opening statement, he had asked, “Where are the strong leaders we need to tackle Hong Kong’s challenges? Who can restore hope?”

Patriotism has been a hotly discussed topic in Hong Kong recently, and Li agreed with the central government’s assertion that the city should be governed by patriots. In spite of the increasingly direct role Beijing has taken in Hong Kong affairs, Li said he had no knowledge of attempts to engineer changes to the city’s political system.

“I do believe Beijing will welcome all sorts of talents who love this city and love China,” said Li. “I don’t think they have narrowly defined criteria.”

During Donald Trump’s tumultuous presidency, legendary investigative journalist and author Bob Woodward produced two best-selling books that pulled back the curtain on the often chaotic inner workings of the administration. In Fear, Woodward revealed how aides would try to circumvent Trump’s impulsive decisions, including stealing draft orders from the president’s desk in what Woodward called “an administrative coup d’etat.” In his follow-up book Rage, Woodward uncovered how the president knew early on about the deadly threat posed by the coronavirus pandemic but chose to publicly downplay it.

The FCC invited Woodward to discuss his reporting process, the final days of the Trump presidency and much more.

If anyone knows President Joe Biden well, it’s Evan Osnos. A staff writer at The New Yorker, Osnos is the author of Joe Biden: The Life, the Run, and What Matters Now, which was released in October 2020.

The FCC invited Osnos to participate in a virtual book talk to discuss his biography, which draws on lengthy interviews with Biden and conversations with more than a hundred others, including President Barack Obama, Cory Booker, Amy Klobuchar, Pete Buttigieg, and a range of advisers, opponents and Biden family members to examine how Biden overcame personal tragedy to become the 46th president of the United States.

What Are the Implications of the Military Coup in Myanmar?

In a pre-dawn operation on February 1, Myanmar’s military moved to take control of the government, detaining civilian leader Aung San Suu Kyi and other elected officials in a coup. The scale of the detentions has grown to more than 400 people as the military tries to keep a lid on mass protests and a growing civil disobedience movement aimed at undermining their illegitimate hold on power. In a country already scarred by memories of brutal crackdowns in 1988 and 2007, soldiers and police are using increasing force against protesters to cement the junta’s grip on power.

Where does Myanmar go from here, and what does a return to military rule mean for its myriad of ethnic minorities, including Rohingya Muslims inside and outside the country? The FCC hosted a discussion on this topic with Ai Fowle, Manny Maung and Wai Wai Nu.

Panel: Freedom of Speech Should Be Limited in Some Circumstances

Freedom of expression has its limits when it comes to spreading falsehoods and promoting real-world violence, a panel of experts including Maria Ressa, Craig Silverman and Alejandro Reyes said on Tuesday night. Participating in a virtual discussion which was moderated by FCC First Vice President Eric Wishart, the panelists agreed that social media platforms have the right to ban users based on their online activity.

“It is definitely not an infringement on freedom of speech,” said Ressa, the CEO and president of Rappler.com. “We have to think about this as, ‘Here’s the public sphere and what are the guidelines?’ so that you can exchange ideas and actually talk instead of having influence operations or hate, disinformation and conspiracy theories thrown at you.”

“There’s no question that they should have the ability to remove people from their platforms, they should have policies” said Silverman, the media editor of BuzzFeed News and author of the Verification Handbook. “But at the same time, are they enforcing these things evenly, and are they even able to enforce them?”

Reyes, a visiting associate professor at the Asia Global Institute, agreed that platforms have the right to remove users as they see fit but raised concerns about governments pressuring social media companies to take these steps.

“Where we should be concerned is really the kind of situation that Maria faces in the Philippines, where you have a constitutional authoritarian system where ambiguity reigns and there’s weaponisation of laws and social media to silence people who want to speak truth to power,” he said.

Given that so-called fake news laws and tech companies’ internal policies have failed to control the rise of disinformation, extremism and violence, the panelists agreed that new solutions to these problems are urgently needed.

“For me the first step is: please stop the virus of lies that come into our information ecosystem,” said Ressa, “and that’s got to be done through legislation.”

With research showing that lies tinted with anger and hate tend to spread faster than facts, she argued that social media platforms can be viewed as inherently biased against facts and honest journalism.

Silverman advocated for specific legislative actions from democratic governments. “I think legislating around transparency and behavioural manipulation and setting some guardrails for those things may actually be doable,” he said.

Still, even if democratic governments rise to the challenge of enacting legislation that makes social media platforms more accountable, that may not be enough to solve the complex problems facing society.

Instead, governments around the world need to think about how to prepare their citizens to navigate an increasingly chaotic information environment and train them to identify reliable information sources.

“That is a long-term project but we need to be investing in it now and testing ways of teaching news literacy,” said Silverman. “That would certainly reduce the amount and spread of false and misleading information.”

Given the abundance of information sources and the ease of spreading it via social networks, Silverman argued that personal responsibility is at an all-time high.

“That is a big thing everyone needs to understand: your attention is valuable and the way you spend it, particularly on these platforms, helps to determine what spreads and what doesn’t, so we all have a role.” 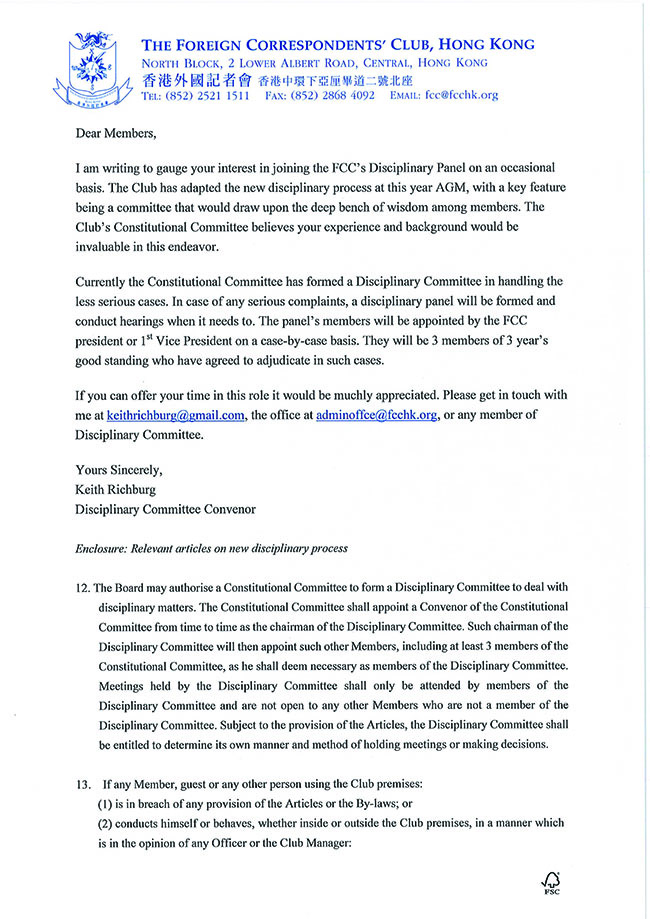 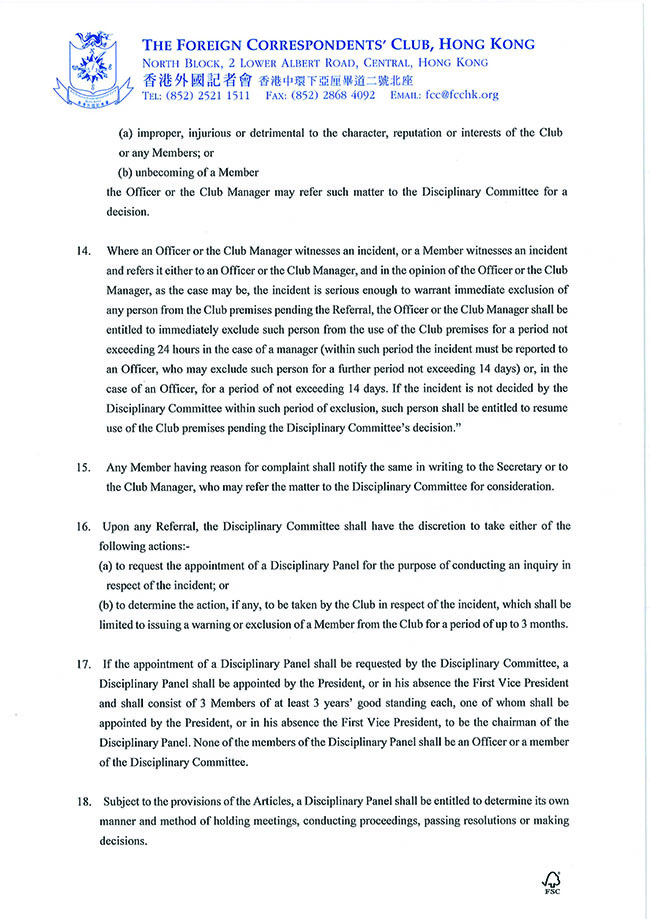 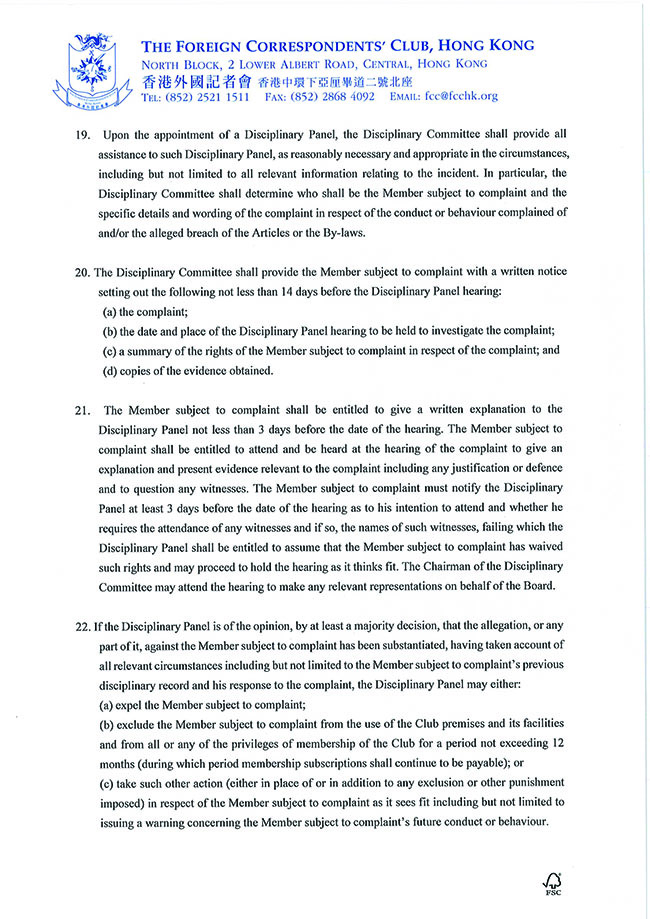 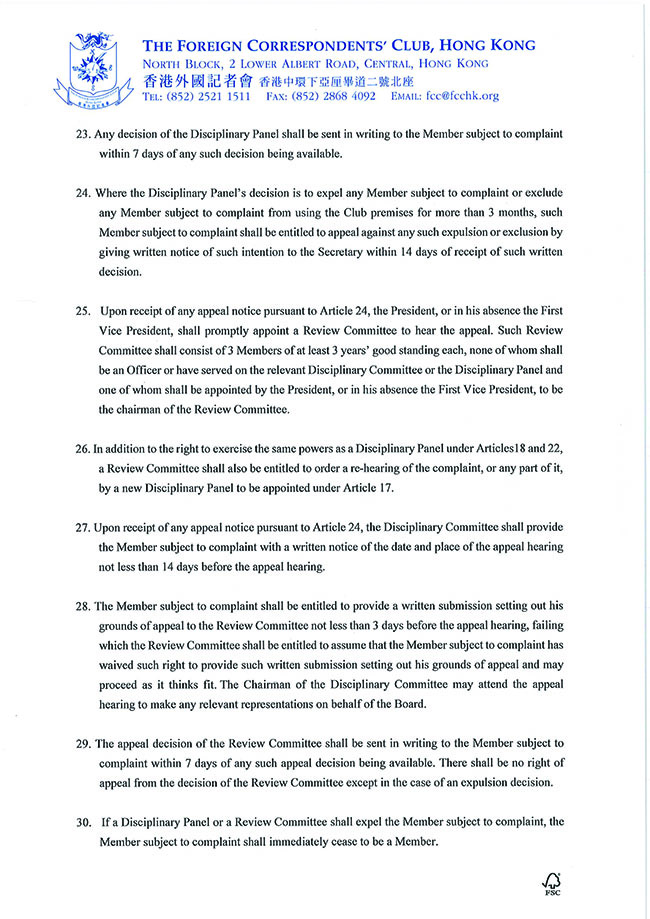 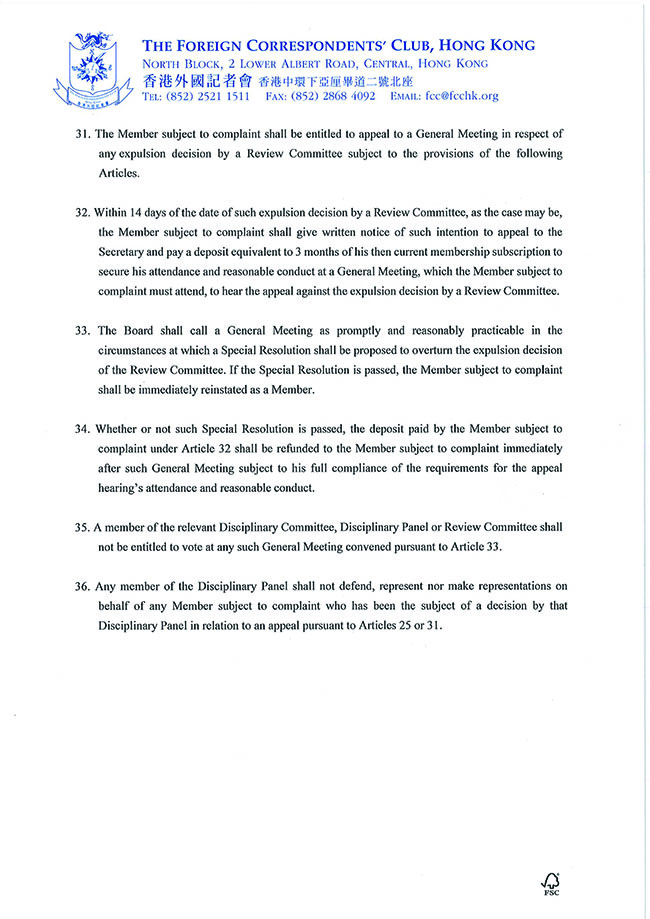 The FCC Expresses Solidarity With Journalists Working in Myanmar

The Foreign Correspondents’ Club, Hong Kong, expresses its solidarity with journalists working in Myanmar and calls on the military government to respect media freedom.

The FCC also calls for all restrictions to be lifted on the internet and communications, which are essential both for journalists in the exercise of their profession and for the free flow of information.

The club will continue to monitor the situation in the days and weeks ahead.