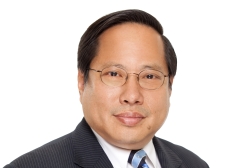 In early December 2008, 303 mainland public intellectuals signed on the Charter 08, advocating the universal values of freedom, human rights and the rule of law as enshrined in the Universal Declaration of Human Rights, and human rights charters and declarations in democratic countries. The Charter 08 – inspired by the famous Charter 77 initiated by a group of Czech public intellectuals in 1977, including former Czech president Václav Havel – is a form of peaceful and sustained movement for democracy in China.

Two days before the Charter 08 was scheduled to be released openly to mark the 60th anniversary of the Universal Declaration of Human Rights, Beijing writer LIU Xiaobo, one of the promoters and signatories of Charter 08, was taken away by public security officers for the suspected offence of subversive sedition and was later held in “residential surveillance” (jianshi juzhu) in an unknown place in a Beijing suburb. Some other signatories have also been summoned and interrogated by Public Security Bureau. However, after the crackdown, more than 8,500 mainland people have co-signed to support this Charter via the internet and there have been more and more overseas supporters, making it one of the most important events in recent civil rights history of mainland China.

Mr. Albert HO is the Chairman of China Human Rights Lawyers Concern Group, an organisation he co-founded with legislator Emily LAU and several barristers, solicitors and academics in January 2007 to give support to mainland lawyers for their continued dedication to human rights work. Mr HO is a practising lawyer and an elected legislator in Hong Kong. He is also currently the Chairman of the Democratic Party of Hong Kong.