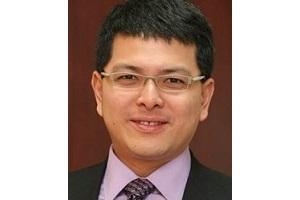 China’s island building activity in the South China Sea in 2015 had launched a deep debate, sometimes divisive, over who controls one of the world’s busiest shipping lanes.

Political Secretary to Malaysia’s prime minister until 2011, Mr. Oh was a council member of the Commonwealth Magistrates and Judges Association, and president of the Sabah Ma Zhong (Malaysia-China) Friendship Association. Ei Sun was Administrative Officer at the International Telecommunication Union, as well as scientific & legal consultant to the United Nations Office for the Coordination of Humanitarian Affairs in Geneva, Switzerland. He earned his JD, MBA, MSc (Engineering), BSc (Mechanical and Aeronautical Engineering), BA (German), all from the University of California, Davis, USA.

The speaker was arranged by the Hong Kong Democratic Foundation (www.hkdf.org).