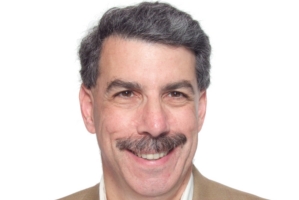 “Assignment China” is a series of television documentaries about American foreign correspondents’ reporting on China since the 1940s. The next, just completed installment to be shown at the club will analyze coverage of a crucial turning point in the years since the death of Mao: the Tiananmen Square crisis in 1989.

Weeks of student-led demonstrations turned into the largest protest for political reform in the history of the People’s Republic. The bloody crushing of the movement on the night of June 3-4, 1989, had far-reaching consequences, not only for China’s development, but for its relations with the rest of the world. One reason was that Tiananmen Square was also a watershed moment in the history of the media. It generated unparalleled international coverage, and became a defining moment in the Information Age.

The screening contains interviews with most of the leading American journalists who were in Beijing: Nicholas Kristof and Sheryl WuDunn of the New York Times, who won a Pulitzer Prize for their reports; Jeff Widener, the AP photographer who took pictures of the man in front of the tank; Daniel Southerland of the Washington Post; John Pomfret of the AP; Al Pessin of VOA; Dan Rather; John Sheahan and Richard Roth of CBS News; Bernard Shaw; Alec Miran, Jonathan Schaer , who shot the CNN tank man video, and Mike Chinoy from CNN, Jim Laurie of ABC, Jaime FlorCruz of Time, Adi Ignatius of the Wall St. Journal, Dorinda Elliot of Newsweek, plus many others. Non-media interviewees include former U.S. Secretary of State James Baker, former American ambassadors to China Winston Lord and James Lilley, Tiananmen student leader Wang Dan, and others.

Mr. Chinoy, the writer and narrator, will give a brief talk and take questions after the film.