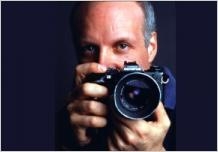 Club Dinner: ”Everything You Always Wanted to Know about Camp David and the DPRK (*But were afraid to go)”

From world leaders to citizens of the DPRK (North Korea), Mr. Danziger had made a life of travelling to corners of the world where we rarely got more than a glimpse of everyday life. The speaker took us on a journey from the corridors of power, to times of war and un-choreographed daily life in the Democratic People’s Republic of Korea.

Nick Danziger was a photographer and filmmaker. Awards for his work include an honorary Fellowship from the Royal Photographic Society (2007), the World Press Photo first prized in the single portrait category (2004) and the Royal Geographical Society’s Ness Award (2000), while his filmed about Afghanistan, War Lives & Videotape, won the Prix Italia in 1991 for best television documentary. His photographs were held in museum collections, including the National Portrait Gallery, London; Théatre de la Photographie et de l’Image, Nice, the Morgan Library and Museum, New York; National Media Museum, Bradford; and Gallery of Modern Art, Glasgow.