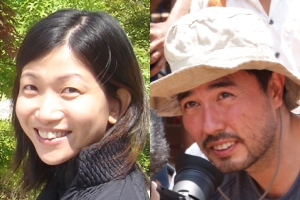 Hong Kong’s ranking for press freedom has dropped from 18th best in the world to 61st since 2002, according to Reporters Without Borders, and “Muzzling the Messenger” looks at some of the reasons local journalists call 2014 the city’s worst year in decades, with self-censorship, physical attacks and financial pressure through advertisers.

The Foreign Correspondents’ Club has joined two marches to voice our concern. First about the issue, and then to protest the brutal attack on former Ming Pao editor Kevin Lau. We have also organized a panel discussion with senior Hong Kong journalists. The screening of this half-hour documentary followed by a discussion with the film makers offers another opportunity to learn more and show where we stand.

Lynn Lee and James Leong have spent the last decade telling stories from across Asia. “Passabe”, their first feature documentary received a grant from the Sundance Institute Documentary Fund and their third, “Homeless FC”, won the top prize at the Chinese Documentary Festival in 2007. ‘Nowhere to Go’ and ‘Wukan: The Flame of Democracy’ – both like ‘Muzzling the Messenger’ produced for Al Jazeera English – both won First Prize at the FCC’s Human Rights Press Awards.