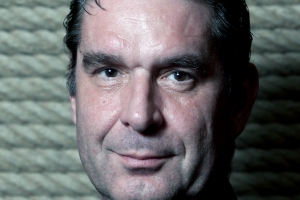 Club Dinner: “Sailing Through Troubled Waters,” a film about the disputed Spratly Islands

“Sailing Through Troubled Waters” was a 22-minute film by Tomas Etzler that focuses on a 12-day journey through the disputed Spratly Islands. Etzler had been covering territorial disputes in East China and South China Seas for years; the speaker discussed the territorial tensions in East Asia as well as the challenges journalists faced when reporting on these disputes. The filmmaker gained rare access to four locations of the archipelago: islands Lawak, Parola, Pagasa and Ayunging Shoal. The video examined the territorial disputes between the Philippines and China, and featured interviews with Philippine Marines stationed in the Spratlys, civilians living there as well as interviewd with Philippine government officials. This documentary accompanied by two short videos: “Chase on High Seas” filmed at Senkaku/Diaoyu Islands, which were at a center of territorial quarrel between Japan and China in East China Sea, plus the “Trip to Scarborough Shoal,” which showed the devastating impact the territorial disagreement between the Philippines and China had on local fishing communities.

Etzler was a freelance news correspondent, producer and a documentary filmmaker. He joined CNN in April 1999 as an International Desk Assignment Editor and a Producer, and had covered wars in Afghanistan and Iraq and other major events in more than 60 countries, including the assassination of Osama bin Laden. Between 2007 and 2013, Etzler was based in China as a CNN freelance producer and a correspondent for the Czech National Television. He is now based in Hong Kong. Etzler won an Emmy Award in 2008.