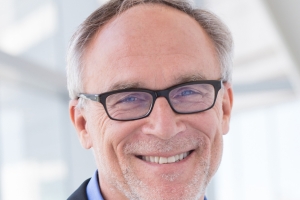 During the chaotic final days of the Vietnam War, the North Vietnamese Army closes in on Saigon as South Vietnamese resistance crumbles. With the specter of a Communist victory looming and only a skeleton crew of diplomats and military operatives still in the country, the United States prepares to withdraw. As they begin to realize that South Vietnamese allies face certain imprisonment and possible death, American diplomats and soldiers confront a moral quandary: obey White House orders to evacuate only U.S. citizens, or risk being charged with treason and save the lives of as many South Vietnamese citizens as they can. With the clock ticking and the city under fire, a small handful of Americans take matters into their own hands. Within 48 hours, more than 35,000 Vietnamese are sealifted and airlifted from Saigon. This is their compelling story.

Last Days in Vietnam, 98 minutes in length, premiered in January 2014 as a featured presentation at the Sundance Film Festival in Utah. It is currently in U.S. commercial release. It airs as part of the American Experience series on U.S. public television in April 2015 on the 40th Anniversary of the fall of Saigon. The film is directed by Emmy and Gracie Award winner Rory Kennedy. Ms. Kennedy is the daughter of the late Senator Robert Kennedy. She says her making of the film was influenced in part by her father’s opposition to the war. Mark Samels, who will be appearing via Skype from Boston, is the executive producer of Last Days in Vietnam and American Experience. Since becoming executive producer of the U.S. public television series American Experience in 2003, Mr. Samels has overseen the production of more than 50 films for the series.