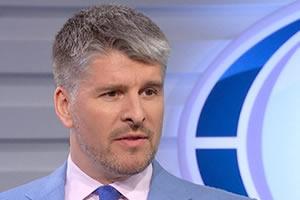 Club Lunch: A Conversation with Matthew Marsh: Why is Formula One in Crisis and What Can Be Done To Save The Sport?

Formula One motor racing is a multi-billion dollar global sport, but now faces unprecedented challenges. The sport is ruled by an octogenarian with no clear line of succession. Its major shareholder wants the sport to generate profits. Dominance by one team has contributed to declining audiences. An unequal distribution of revenues has seen some teams appearing in the bankruptcy courts as often as they appear on the racetracks.

Can the sport survive and continue to be attractive to the sponsors who are vital in providing the billions needed to keep the show on the road. What chance does it have to attract a new audience with the decline of free-to-air broadcasting, and given the sport’s limited social media presence? Is competition for audiences and the sponsorship dollar likely to emerge from alternative series of races, such as the city center-based Formula E, which makes its Hong Kong debut in October this year.

Matthew Marsh is uniquely placed to give an insight to the problems and possible solutions that face one of the most watched global sports. As presenter and expert analyst for Fox Sports’ TV coverage of Formula One in Asia, he has a ringside seat for this most glamorous of sports. As Senior Vice President of JMI Asia, he has introduced numerous global brands to motor sports and the advantages (and pitfalls) of motor sport sponsorship. Prior to joining JMI, Matthew had a successful career as a professional racing driver and journalist. He won the 2004 Porsche Carrera Cup Asia and competed on some of the world’s most famous race tracks, including Monaco, Le Mans, the Nurburgring, Bathurst and Macau.