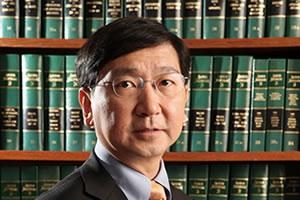 The Human Rights Press Awards (HRPA) invited you to a fundraising luncheon on Thursday, December 10, 2015, the UN’s Human Rights Day.

Our keynote speaker was Prof. Johannes Chan, who found himself in the news after the University of Hong Kong’s controversial decision to reject his appointment as pro-vice-chancellor. The institution’s views on academic and press freedom were called into question, especially after the council obtained a gag order against media outlets reporting on the case.

The luncheon made the opening of the HRPA’s 20th anniversary season. Henry Steiner, one of the world’s top branding experts, unveiled the HRPA’s new mark, which he designed. Mr. Steiner spoke about the creative process behind giving the HRPA a new look, and would be on hand to sign the T-shirts which carry the new mark.

Proceeds went to the HRPA, which honoured rights-related reporting from across the Asia-Pacific region. The HRPA were organised by the FCC, Amnesty International Hong Kong and the Hong Kong Journalists Association.