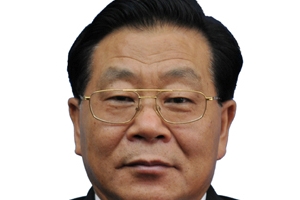 Will China ship its goods by rail to southeast Asia, central Asia and Europe, or will it continue to ship them mainly by sea? Mr. Li will give an update on Guangdong’s strategy to participate in China’s “2lst-Century Maritime Silk Road” initiative. He will talk about Guangdong’s important position at the start of the many shipping routes that still carry most of China’s international trade, much of it destined for ASEAN countries.

The Development and Reform Commission is Guangdong’s top economic planning agency. Mr. Li Chunhong was born in April 1955 and entered the workforce in April 1976. After his graduation from Sun Yat-sen University with a major in Economics, he studied in the EMBA class at Sun Yat-sen University and received an in-service postgraduate degree. He started in 1976 as Correspondent, Publicity Department, CPC Sui County Committee, Henan Province. Before his current position, he had served as the Deputy Secretary of the CPC Shantou Committee in Guangdong Province and as the Mayor of Shantou.