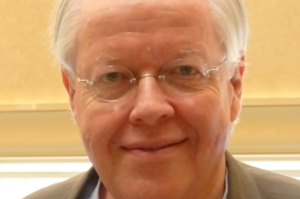 Protestant Christianity in China has been much in the news in recent months, everything from the forced removal of crosses in Wenzhou, to the growing numbers of Christians all across the country, to remarks by a government official on the need for China to have “its own belief system”. This talk will try to make sense of the complex and often confusing reality of Christianity on the mainland, amidst a growing awareness of Christianity in public life, an increasing pluralism of faith and belief and an inconsistent political policy. In some respects, this is the best environment for religion in China since the founding of the People’s Republic in 1949, but there have been a variety of responses to the growing Christian presence from both the Communist Party and society as a whole.

Based on more than three decades of involvement with China, the speaker will offer a perspective on the current situation of Christianity and prospects for the future. The author of several books on religion in China, Wickeri is an Anglican priest and Professor of the History of Christianity, Ming Hua Theological College. He is also a visiting lecturer in history at Shanghai University.