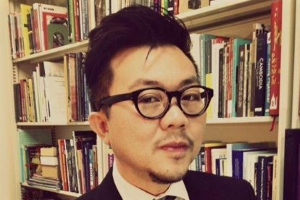 The military staged a coup on 22 May 2014, overthrowing the elected government of Prime Minister Yingluck Shinawatra. For decades, the traditional elites, of which the military is a part, have long dominated Thai politics. This changed with the arrival of the Shinawatras who set huge socio-economic changes in motion. They then took advantage to empower themselves politically, and in doing so, shook the old political structure. This had instigated to a power struggle between the old power and the new political forces, which was now reaching its peak because the era of King Bhumibol Adulyadej is closing. Haunted by anxiety over a future without the charismatic King, the traditional elites are vying to manage the royal succession and maintain their power position. The speaker discussed the motives behind the latest coup and the elites’ plot to ensure that the monarchy continued to be at the centre of power in the post-Bhumibol days. It was unlikely that these undertakings will stabilise Thai politics, and as voters became alienated in the military-led political process, large-scale violent protests may be seen as an unavoidable phenomenon.

Pavin Chachavalpongpun was Associate Professor at the Centre for Southeast Asian Studies, Kyoto University. Earning his PhD from SOAS, he is the editor of “Good Coup” Gone Bad: Thailand’s Political Developments Since Thaksin’s Downfall. After the coup of May 2014, the military summoned Pavin twice for speaking out about its political intervention. He rejected the summons. Subsequently, the Thai junta issued a warrant for his arrest, thus forcing him to seek refuge from the Japanese government.