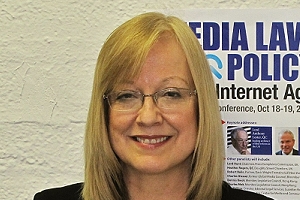 Hong Kong media are under increasing political and economic pressures and are reeling from a recent spate of violent attacks. Concerns have arisen about the degree to which Hong Kong’s current legal landscape protects journalists and safeguards press freedom. Doreen Weisenhaus, author of the newly released, expanded second edition of Hong Kong Media Law, will analyze laws that help or hinder journalists, examine legal developments in Hong Kong that impact press freedom and suggest reforms that would benefit journalists and the public. Ms.Weisenhaus will also discuss media law developments in Mainland China and globally, including new legal challenges connected to the Internet and social media, and their relevance for Hong Kong.

Ms. Weisenhaus, an associate professor at the University of Hong Kong and director of the Media Law Project at HKU’s Journalism and Media Studies Centre, is a former prosecutor and a former city editor of The New York Times. She was the first legal editor of The New York Times Magazine and also was editor-in-chief of The National Law Journal, a leading publication for lawyers in the U.S.