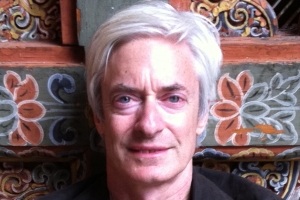 Club Lunch: Does China Mean Business On Cleaning Up The Environment ?

Mr. Brahm will outline the severity of China’s climate change crisis and the pathways that his working team has proposed to China’s central leadership. The roadmap proposed could position China as a leader in renewable and efficient energy presenting China with its greatest soft power potential. But this will require political will. Brahm will also outline the dangers of ignoring or “greenwashing” the problems that could lead to regional environmental disaster. There are two possible roads ahead. He will discuss both.

Mr. Brahm has served as Senior Advisor to the Ministry of Environmental Protection working with their policy unit in “green printing” a program to address China’s environmental crisis on multiple levels. Brahm has held a parallel position as China advisor to the European Union Environmental Director General. His work has been conducted under a EU Dialogue framework.His background has included being advisor to China’Tibet Autonomous Region , advisor to State Council Office on Reforms of Economic Systems on State-owned Enterprise Reforms in China, advisor to China State Council News and Information Office on Media Reforms, advisor to Office of Prime Minister of Mongolia.Brahm’s latest book ” Fusion Economics: How Pragmatism is Changing the World “tells the inside story of China’s environmental economics and how it can impact the world.