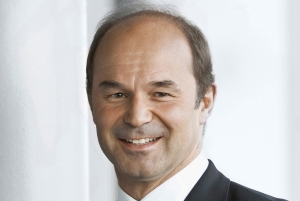 In 1885, when BASF sent a director to China for the first time, it was considered a distant and exotic country. Yet how different were things? While China had become the world’s second largest economy and aws transforming from workbench to innovation powerhouse, it was instructive to examine the elements of doing in business in China that have remained consistent – because these were also the least likely to change in the next century. The speaker traced how doing business in China had evolved over 130 years – and what we could expect to change (and not to change) in the future.

His overview draw from a new history of BASF in China, recently compiled in a book titled “Breaking New Ground.” The book was published on the occasion of BASF’s 150th anniversary and was based on two years of research, including interviews with current and former employees of BASF in Germany and in China as well as unprecedented access to the BASF corporate archive.