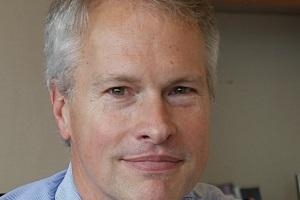 Club Lunch: Dying in Pursuit of the News

Mr. Pruitt discussed the growing threat to journalists worldwide and the challenges it imposed on news organizations whose mission is to inform the public. He talked about steps to address the risks journalists face as they covered the news. He proposed steps, including international action,that should be taken to help diminish threats to journalists and brought to justice those who kill them.

Around the world, freedom of speech and expression was increasingly being threatened, with journalists in conflict zones facing particular dangers. In very few places anymore were journalists safe from harm. Once welcomed as the voice of truth and fairness and the public’s eyewitness to history, they were targets. Last year, 61 journalists were killed while covering the news. AP lost four journalists in 2014. One of them, photographer Anja Niedringhaus, was shot point blank by an Afghan policeman charged with protecting her.

Mr. Pruitt became President and Chief executive officer of the AP in July 2012. He had also served three terms on the AP board of directors, including as vice chairman. Mr. Pruitt received the Constitution Project’s 2014 Champion Award for his work defending the First Amendment and also received the First Amendment Award from the Radio Television Digital News Foundation. Prior to AP, Pruitt was chairman, president and CEO of The McClatchy Company, the third largest newspaper company in the United States.