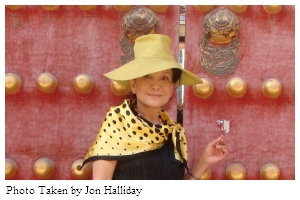 Empress Dowager Cixi (1835–1908) is arguably the most important woman in Chinese history. She ruled China for decades and brought a medieval empire into the modern age. Based on historical documents such as court records, official and private correspondence, and eyewitness accounts, Jung Chang’s latest work, Empress Dowager Cixi: The Concubine who Launched Modern China , has revolutionized thinking about a crucial period in China’s history.

Ms.Chang vividly describes how Cixi fought against monumental obstacles to change China. Under her, the ancient country attained virtually all the attributes of a modern state: industries, railways, electricity, the telegraph and an army and navy with up-to-date weaponry. She abolished gruesome punishments like “death by a thousand cuts” and put an end to foot-binding. Under her rule, women’s liberation embarked on the path to introduce parliamentary elections to China. Ms.Chang comprehensively overturns the conventional view of Cixi as a cruel despot.

Jung Chang is the best-selling author of Wild Swans (1991), and Mao: The Unknown Story (2005, with Jon Halliday). Her books have been translated into more than 40 languages and sold more than 15 million copies outside Mainland China where they are both banned. She was born in China in 1952, and came to Britain in 1978. She lives in London.

Note: Reservations will only be accepted via email beginning at 11:00am on Friday, October 18.
Note: Limit of two seats per membership account.