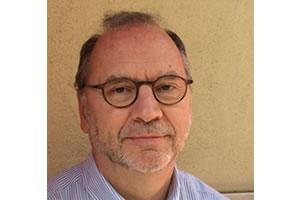 A clinician and microbiologist by training, Professor Piot co-discovered the Ebola virus in Zaire in 1976, and led research on HIV/AIDS, sexually transmitted diseases and women’s health, mostly in sub-Saharan Africa. He spoke on the global threat posed by emerging infectious diseases, and what this could mean for the region.

Baron Peter Piot CMG MD PhD is the Director of the London School of Hygiene & Tropical Medicine, and Professor of Global Health. He was the founding Executive Director of UNAIDS and Under Secretary-General of the United Nations from 1995 until 2008, and was an Associate Director of the Global Program on AIDS of WHO. He is a past president of the International AIDS Society and of the King Baudouin Foundation. In 1995 he was made a baron by King Albert II of Belgium.

Professor Piot has received numerous awards for his research and service, including the Canada Gairdner Global Health Award (2015), the Robert Koch Gold Medal (2015), the Prince Mahidol Award for Public Health (2014), and the Hideyo Noguchi Africa Prize for Medical Research (2013), the F.Calderone Medal (2003), and was named a 2014 TIME Person of the Year (The Ebola Fighters). He has published over 580 scientific articles and 16 books, including his memoir, No Time to Lose.