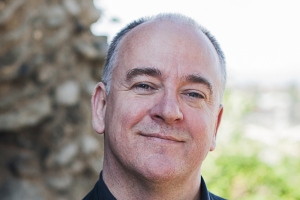 Club Lunch: Game of Thrones: How to Win and Lose at Politics in Xi Jinping’s PRC

Politics had always been a game of high stakes in the People’s Republic, ever since the era of Mao. And 35 years after reform started, the stakes had never been higher. For national leader, Xi Jinping, delivery of the centennial goal by 2021 of moderate prosperity could also meant a China more powerful and prominent globally than ever before. For the Chinese middle class, it meant good housing, secure land rights, and well-paid jobs, as one of the most important economic groups on the planet. But there were winners and losers along this path. And for the politicians at the top, the room for failure is tiny, and the expectations as they rise would create greater and greater pressure. How would the Communist Party and its elite leadership try to pull this staggering task off? What powers do they had, and how were they likely to exercise them? Most importantly of all, could they achieve all the things they had been promising in the last three years? And what would China look like if they do?

Kerry Brown was Professor of Chinese Politics and Director of the China Studies Centre at the University of Sydney. He had previously been Director of the Lau China Institute and Professor of Chinese Studies at Kings College, London. He was an associate fellow of the Asia Programme at Chatham House. From 1998 to 2005 he was a diplomat in the British Foreign Service. He was the author of over ten books on modern China, including `The New Emperors: Power and the Princelings in China’ (2014) and `What’s Wrong with Diplomacy: The Case of the UK and China’ (2015). His study, `China’s CEO: Xi Jinping’ will be published in early 2016.