EventsClub Lunch: How Alive Is Co... 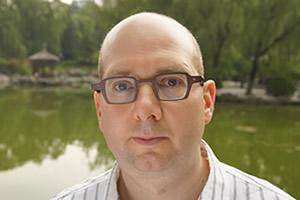 Club Lunch: How Alive Is Confucianism In The Era of Xi Jinping?

For much of the past 100 years, Confucius was vilified by reformers and revolutionaries in China who believed the ancient sage was an outdated relic holding the nation back from a new, glorious future. But today, China’s greatest philosopher was experiencing a revival. President Xi Jinping routinely promotes Confucius’s ideas in an attempt to resurrect traditional culture as a bulwark against unwanted, foreign influences. Encouraged, ordinary Chinese were revisiting Confucius’s teachings and traveling to the sage’s hometown of Qufu. The comeback of Confucius was potentially one of the most significant trends in Chinese politics and culture. But was it for real? Could Confucius once again shape Chinese politics and society, as he had during the country’s imperial age? And what would that mean for China’s future?

Michael Schuman was author of the new book Confucius and the World He Created. He was a Beijing-based journalist who wrote about Asia and the global economy.  He had spent 19 years living and working in Confucian societies in East Asia. Mr. Schuman was also the author of the book The Miracle: The Epic Story of Asia’s Quest for Wealth.