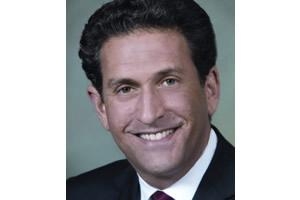 Club Lunch: How Worries Over Russia May Steal The Foreign Policy Limelight From China in the 2016 U.S. elections

With Russia ramping up its presence in Syria, the danger of confrontation with the United States was growing just as the U.S 2016 election debates also started to heat up. Would foreign relations with the United States became the key foreign policy talking point for the upcoming presidential elections, and would discussion about China took a backseat?

James served under President Clinton as Assistant Secretary of State for Public Affairs and Chief Spokesman for Secretary of State Madeleine K. Albright from 1997 to 2000. He also acted as a special negotiator during the Kosovo crisis to secure the demobilization of the Kosovo Liberation Army.

From 2013 to 2014, James was a Visiting Scholar at Oxford University’s Rothermere American Institute. In New York, James was a Commissioner of the Port Authority of New York and New Jersey and a Counselor to Governor Andrew Cuomo (D-NY) (2011 to 2013); adjunct professor at Columbia University’s School of International and Public Affairs (2009 to 2011; and Co-Executive Editor of Bloomberg View in 2011.