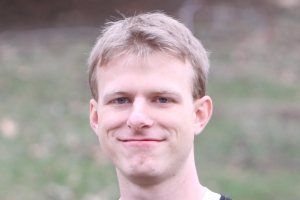 In the aftermath of the 1989 Tiananmen Square protests, China’s Communist Party had to reestablish legitimacy among the youth demographic that had sparked the movement. It did so by overhauling the way it educated its young citizens and striking a tacit bargain: stay out of politics, and you can get rich. For two decades of torrid economic growth, this bargain had held firm, with China’s post-Tiananmen youth supposedly numbed away from politics by nationalism and materialism. But as China’s economy slows and a host of demographic and social problems worsen, China’s millennials were being disproportionately affected while concurrently losing their inhibitions to speak out. Mr. Fish discussed the emerging trends and socioeconomic challenges among Chinese millennials that were posing an ever-greater challenge to China’s leaders.

Eric Fish lived in China from 2007 to 2014 as a teacher, student, and journalist. He worked for the Economic Observer in Beijing and wrote on Chinese politics, social issues, and education for outlets including Foreign Policy, The Atlantic, The Diplomat, and The Telegraph. For his book, China’s Millennials: The Want Generation, he spoke with diverse youth from around China born in the 1980s and 1990s to explore how people of this generation were navigating the socioeconomic and political shifts unfolding in their country. Fish wrote for Asia Society in New York.