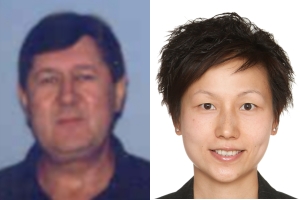 Club Lunch: Is Hong Kong’s Legal System any better than the Mainland’s?

Mr. Egan and Ms. Ma will highlight some of the differences between the two legal systems. Their focus will mainly be on the procedural and operation differences rather than the differences in the substantive law. For example, “the right to appeal in criminal cases”: Which system appears to uphold this right “properly”? In addition to an analysis of this “right”, the speakers will also discuss, for example, the consequences in absence of any appeals lodged by either the Defense or the Prosecution, and the question of compensation after acquittal.

Jay Ma graduated from HKU with a Bachelor of Arts (BA) degree, major in philosophy. She obtained the legal professional qualification (PCLL) and a Master of Laws (LLM) from HKU. Ms. Ma attended King’s College, University of London, for a course on European Union law, did a mini-pupillage in London and was called to the Bar in Hong Kong in 2001.