EventsSpeaker EventsClub Lunch: Is It Time For ... 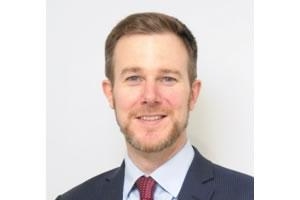 Club Lunch: Is It Time For Hong Kong To Lose The U.S. Dollar Peg?

The peg between the Hong Kong dollar and its US counterpart had served the territory well since its introduction in October 1983. However, as investors were often warned, past performance was not a guide to future returns. Hong Kong’s financial and economic links were increasingly dominated by mainland China, and despite the recent turbulence in China’s financial markets, the country’s capital account was increasingly open. Had the time come to move to a peg against the renminbi?

As Regional Director for Asia, Mr. Innes-Ker heads up a team of analysts covering the region, and was personally responsible for compiling economic and political forecasts for a number of countries, including China and Hong Kong. Duncan joined the Economist Intelligence Unit in 2005. He spoke Chinese, and had a Masters degree in Pacific Asian Studies from the School of Oriental and African Studies and a BA in Chinese Studies from Oxford University. Duncan was born in Hong Kong and raised in Asia. He first lived in China in 1995, and was most recently based in Beijing from 2008-11. He lived in London.