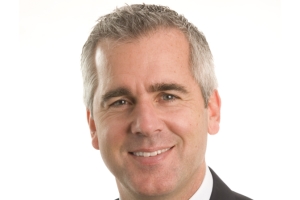 Bill Majcher, a former top covert operative, will explain how and why public safety has been compromised by reckless disclosures by digital anarchists masquerading as whistleblowers. The digital age has created serious challenges for undercover intelligence operations and, as a result, information technology specialists working against governments have become deadly threats to public safety.

Mr. Majcher has survived an adventurous and successful career working with Canada’s Royal Canadian Mounted Police and various other foreign agencies — including the FBI — in undercover capacities investigating drugs, homicides and money laundering. He once had a standing US$100,000 bounty on his head after he managed to infiltrate the Colombian Medellin Cocaine Cartel, who at the time was considered the world’s richest and most violent criminal organization. He has addressed senior police officials from all over Latin America on conducting proper international investigations, and is recognized as an expert on sophisticated money laundering by the US Federal Court in Miami, Florida. One of his investigations revealed the true extent to which organized crime from different countries utlilize the offshore banking system and financial markets of Western countries to advance their objectives. Majcher, a Canadian, now resides in Hong Kong, where he is an investment banker.