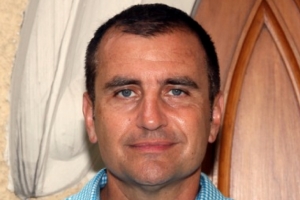 Jason Wordie will talk about his new book which is a compelling, multi-layered social history of Macao. He will talk about the people who made Macao what it is today and how he explored the small territory from north to south, east and west to unveil the physical and geographical places many of those familiar with Macao will have left untouched. Jason will reveal the many dimensions that make Macao the uniquely special place that it is today – and has always been.

Jason Wordie is an established local historian and writer who gives historical lectures for a variety of local community groups and cultural organisations, in addition to various well-known corporate bodies as well as conducting historical walks in Hong Kong, Macao, Canton (Guangzhou) and Humen. Mr. Wordie’s books include Streets: Exploring Hong Kong Island and its companion volume Streets: Exploring Kowloon. For more than ten years, Jason has had a series of regular columns in the South China Morning Post. His current column, Then and Now, appears every week in the Sunday Morning Post’s Post Magazine.