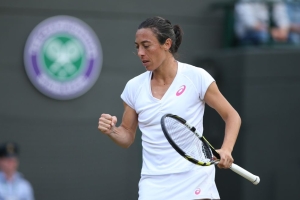 Francesca Schiavone is a professional tennis player who in 2010 became the only Italian woman to win a Grand Slam championship on the singles circuit. The Milan native will be in town to compete in the Prudential Hong Kong Tennis Open. She will join us for a Q & A to talk about her career, aspirations and challenges as one of the world’s top female tennis players.

Schiavone began her professional tennis career in 1998 and has captured many victories since then, including the 2010 French Open. She was the runner-up for the French Open in 2011. Schiavone has also captured six WTA single titles as well as seven WTA doubles titles, among other achievements in her 16-year career.