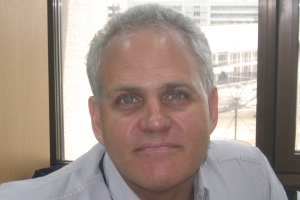 Every five seconds, a person enters slavery somewhere in the world. It was estimated that there are over 35 million people trapped in slavery. Roughly two-thirds, or 23.5 million, were in Asia alone. In absolute terms, six out of the top ten countries with the highest number of people in modern slavery were in Asia: India, China, Pakistan, Indonesia, Bangladesh and Thailand. Mr. Friedman, a leading international expert on human trafficking and slavery, provided insights and a comprehensive update on human slavery across Asia. He explored the changing human trafficking paradigm in Asia; the relationship between human trafficking and slavery; regional trends and patterns; and emerging responses and funding trends. He also outlined the role of the private sector and what was really needed to win the fight.

Matt Friedman had more than 25 years’ experience as a manager, program designer, evaluator and front line responder. He is currently CEO of The Mekong Club, an organization of Hong Kong-based private sector business leaders who had joined forces to help fight human trafficking in Asia. Mr. Friedman was previously Regional Project Manager at the United Nations Inter-Agency Project on Human Trafficking (UNIAP) in Thailand, an inter-agency coordinating body that linked the United Nations system with governments and civil society groups in China, Cambodia, Lao PDR, Myanmar, Thailand and Vietnam. Prior to this, he worked for the United States Agency for International Development (USAID) in Thailand, Bangladesh and Nepal where he designed and managed country and regional human trafficking programs.