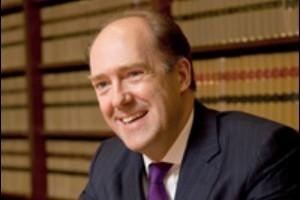 Topic: Opening the Doors: Access to Information in Hong Kong

The United Nations states that access to information held by the government is very much part of the freedom of expression. Here in Hong Kong, there is no legislation outlining the scope of information that should be provided to the public and a non-statutory Code on Access to Information is over 15 years old. Last May, the Law Reform Commission began a detailed review of the situation and its findings could lead to important changes to government transparency. Russell Coleman SC is the chairperson of the sub-committee undertaking the review and he will come to the Club to explain the broad characteristics of Access to Information regimes in other jurisdictions and what might be suitable for consideration in Hong Kong.

Russell Coleman SC was called to the Bar of England and Wales in 1986 and he has practised as a barrister in Hong Kong since 1990. He took silk in 2006 and served as Chairman of the Hong Kong Bar Association’s Bar Council in 2009 and 2010.

Mr Coleman is also past President of the Hong Kong Institute of Arbitrators and sits as a Recorder of the Court of First Instance. In 2013, he was appointed to chair a committee on access to information by the Law Reform Commission.