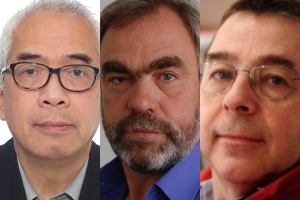 For many journalists across the globe, reporting in China is an exciting opportunity: the world’s most populous nation, a rapidly developing economy, and a front-page topic around the world for newspapers, websites and TV stations. But operating on the ground holds many challenges in terms of access to decision makers, visa access, and occasionally physical risk.

Those issues have become much more complex in the past 18 months as Chinese officials have begun retaliating against the websites and visa applications of entire news organizations in response to reporting they particularly dislike. The retaliation raises the dilemma for newsrooms of how to preserve visas and budgets for coverage of subjects like China’s military buildup, environmental damage, regional rivalries and economic frailties while continuing to delve deeply into leading families’ increasingly important business empires.

A panel of veteran journalists will talk about their experiences reporting in China. Ching Cheong is a senior journalist with The Straits Times, well known for having been detained by the People’s Republic of China on allegations of spying for Taiwan. Paul Mooney is an American freelance journalist who has reported on China, Taiwan and Hong Kong since 1985. Peter Ford is President of the F.C.C. China and a China-based correspondent with Christian Science Monitor.