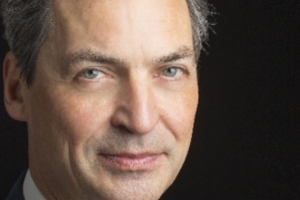 Media freedom is fundamental to democracy. But it is a freedom open to abuse, as the UK’s phone hacking scandal and Leveson Report show only too clearly. Something must be done, it seems. Yet is there a danger the pendulum could swing too far in the other direction? The British state has arrested dozens of journalists, and is prosecuting some at the Old Bailey. Edward Snowden is holed up in Moscow, a fugitive from U.S. justice. Mark Warby will cast an eye across the globe to consider how the lines can and should be drawn, and will pose some questions, including the proper role of criminal law.

Mark Warby QC is joint head of 5RB, the specialist media and entertainment law chambers in London. Acting as both poacher and gamekeeper, he has acted for the media in cases brought by Naomi Campbell, the Prince of Wales, Max Mosley and J K Rowling, and against it for Terry Marsh, Lord Ashcroft and Jeremy Clarkson. He edits and co-writes the practitioner’s work on privacy law, and contributed to a recent book on the new English Defamation Act 2013. He frequently speaks on media law topics and presented a media law seminar to the Leveson Inquiry Panel. He also acts for the British Horseracing Authority in disciplinary matters, including cases against jockeys Graham Bradley, Kieren Fallon and Dean McKeown, and recently co-wrote the chapter on match fixing in the standard sports law textbook.