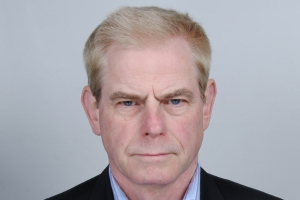 Club Lunch: Press Freedom and Democracy Under Threat: What Lessons from the UK experience?

Speaker: William Horsley, Former BBC correspondent and international director of the Centre for Freedom of the Media, University of Sheffield

Journalism hac never been more dangerous. Turbulent events around the world have made press freedom a battleground in the broader struggles for the rule of law and democracy. Whether in Hong Kong, Russia, the Middle East or the UK, journalists are in the firing line whenever state power clashes with pressures for accountable government and people’s right to know. William Horsley wpuld argue that the odds have shifted against press freedom as states have armed themselves with extra powers in the name of fighting terrorism and rising nationalism. He draws out lessons that may be learned from the UK, where revelations about the government’s mass surveillance programmes had prompted alarms about the death of investigative journalism, but Britain’s Freedom of Information law is seen as a model for others. The struggle for press freedom – the ‘mother of all freedoms’ – would depend, Mr. Horsley feels, not just on the wisdom of governments but on the courage of civil society and on the animal spirits of the Fourth Estate itself.

William Horsley was former BBC foreign correspondent in Asia and Europe, a writer on international affairs and an active advocate for press freedom. He was international director of the Centre for Freedom of the Media (CFOM) at the University of Sheffield, a partner of UNESCO in implementing the UN Action Plan on the Safety of Journalists.