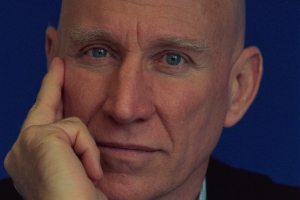 (NOTE: Lunch has been moved up to allow for a 22 minute slide show of Mr. Salgado’s work before his talk.)

Sebastião Salgado, one of the world’s most respected photographers, will talk about his groundbreaking work and the iconic black-and-white images from his most important series, including Genesis, Workers and Migrations.The speaker has made it his life’s work to document the impact of globalization on humankind. In the past three decades he has travelled to more than one hundred countries for his photographic projects, and devotes years to each series in order to grasp the full scope of his topic. The Genesis exhibition, curated and designed by Lélia Wanick Salgado, has toured the globe since 2013. The exhibition has traveled to international institutions including the Natural History Museum, London and the Palazzo della Ragione, Milan. Genesis will travel to Korea, China, Spain, Portugal and Germany through 2017.

Mr. Salgado was born in Aimorés, in the state of Minas Gerais, Brazil, in 1944. In 1963, he moved to São Paulo and trained as an economist. It was not until the early 1970s, after his wife loaned him a camera, that he embarked on a career as a photographer, eventually settling in Paris. His work is in the permanent collections of the Museum of Modern Art, New York; the Chicago Art Institute; the Smithsonian Institution, Washington, DC; and the Los Angeles County Museum of Art.