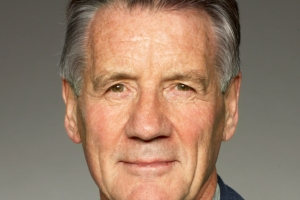 Club Lunch: Still Travelling After All These Years

Topic: Still Travelling After All These Years

Prolific traveler, writer, actor and broadcaster Michael Palin will give an illustrated talk about his recent travels to India, during which he researched material for his novel “The Truth”.

Michael Palin is a scriptwriter, comedian, novelist, television presenter, actor and playwright. He established his reputation with Monty Python’s Flying Circus and Ripping Yarns. His work also includes several films with Monty Python as well as “The Missionary” and “A Fish Called Wanda”. Since 1989, he has written and presented a series of eight highly acclaimed travel series for the BBC, the latest of which, “Brazil” has recently been screened in Asia. Michael Palin is the immediate past president of the Royal Geographical Society and, in addition to his many awards, has had an asteroid and two railway trains named after him.

Note: Reservations will only be accepted via email beginning at 11:00 am on Thursday, October 17.
Note: Limit of two seats per membership account.