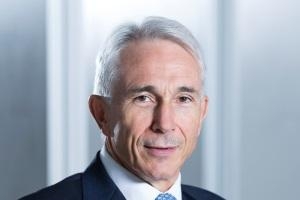 The air transport industry was at the start of its second century. Aviation was a critical component of the global economy and of modern life. The industry faces challenges and opportunities. For Asia in particular, the industry faced many issues ahead after a string of civilian airline disasters – five crashes in the last twelve months. Tyler gave an overview of that state of global air transport, addressing its most topical issues such as aviation safety and sustainability, the impact of falling oil prices plus the importance of critical infrastructure to maximize the airline industry’s social and economic benefits.

Tyler is the director general and CEO of the International Air Transport Association. Prior to joining IATA in July 2011, Tyler built his career at John Swire & Sons in Hong Kong. He joined the company in 1977 and in 1978 moved within the Swire Group to Cathay Pacific Airways, rising to the position of Chief Executive from 2007 to 2011. During that time he served on the IATA Board of Governors, including its Chairman from June 2009 to June 2010.

A graduate of Oxford University, the British native has broad international working experience in Australia, Canada, Hong Kong, Italy, Japan among other countries. At IATA, he works from its main offices in Canada and Switzerland. Tyler is also a fellow of the Royal Aeronautical Society.