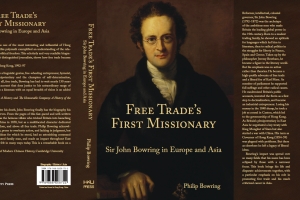 The speaker has been a FCC correspondent member since 1975 and is a distant relative of the subject. He has been based in Asia for 39 years writing on regional financial and political issues. He has been a columnist for the South China Morning Post since the mid-1990s and for the International Herald Tribune from 1992 to 2011. He also contributes regularly to the Wall Street Journal, www.asiasentinel.com, a website of which he is a founder, and elsewhere. Prior to 1992 he was with the weekly Far Eastern Economic Review, latterly as editor.