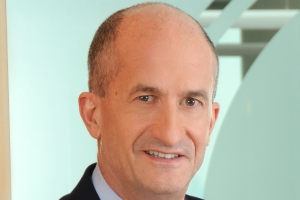 Club Lunch: The Future of Hong Kong – In a Global Context

Four years ago John Rice opened GE’s Global Growth headquarters in Hong Kong, highlighted the importance of non-U.S. markets to the company and the city’s role as a global city. During 2014, as Hong Kong saw a large-scale occupation of its streets by pro-democracy protesters, GE was busy booking orders in over 170 countries with over 60 percent of industrial orders coming from outside the U.S. Mr Rice discussed how Hong Kong maintained its appeal as a centre for global commerce in the face of a volatile and continually changing global environment.

Rice began his GE career in 1978 and has had numerous leadership positions based in the United States and in other global markets, including Hong Kong, Singapore, and Canada. Immediately prior to his current role running the Global Growth operations here, he was president & CEO of GE Technology Infrastructure, while already vice chairman. He serves on several other boards, including the International Advisory Board of the King Fahd University of Petroleum and Minerals in Dhahran, Saudi Arabia, and the Centers for Disease Control and Prevention Foundation in Atlanta.