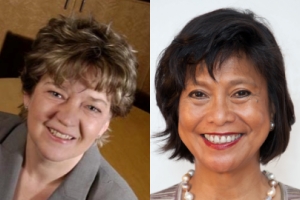 Club Lunch: The Future of News: Is Traditional Media Losing Out Online?

Topic: The Future of News: Is Traditional Media Losing Out Online?

The speakers will share the outcome of research that Associated Press commissioned from Deloitte on the future of online news and news video. The research primarily looked at consumer behavior in three markets: China, Japan and Indonesia.

Sue Brooks is Director of Video Transformation at Associated Press. Over the past two years, she has headed a team responsible for revolutionizing the way AP distributes video to customers around the globe. She conceived and created AP Video Hub, the video delivery platform designed for websites and portals who want access to AP’s award-winning broadcast video. A journalist with 25 years’ experience in newspapers, radio and television, she is also a Columbia University Sulzberger Fellow.

Maria Ronson is Vice President of Sales for Asia, Associated Press .A former journalist for the AP, she was a senior editor for Worldwide Television News (WTN) before its merger with AP in 1998. She later became deputy regional editor for AP video before taking responsibility for Asia broadcast sales in 2000. Based in Hong Kong and Vice President of Sales for Asia since May 2013, Maria is responsible for all AP international licensing revenue across Asia Pacific.