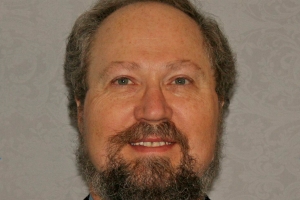 Club Lunch: The Making of Modern Hong Kong: From Apathy to Occupy Central

The 1989 Tiananmen bloody crackdown occurred during the first school year Professor DeGolyer taught in Hong Kong. Occupy Central came during his last year of teaching. When the speaker came to Hong Kong, the accepted view was Hong Kong people cared little and knew less about politics. Five years of qualitative research, including interviews with then-surveyor C.Y. Leung and then-school principal Tsang Yok Tsing, convinced him that Hong Kong people had never really been apathetic about politics.They reacted in political ways – such as marches, petitions, and strikes — when other methods failed to achieve policy changes.

Michael DeGolyer is Professor of Government & International Studies at Hong Kong Baptist University. His fields include political economy, public policy and public opinion. In addition to serving as Director of the Hong Kong Transition Project, he has been the Director of the Master in Public Administration Programme at HKBU (2011-2015) and President of the Hong Kong Political Science Association (2008-2010). He will be leaving Hong Kong and returning to the U.S. in June 2015.