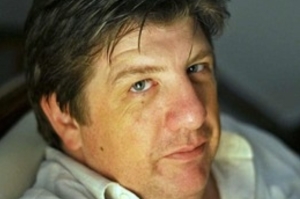 In December 2012, reports of the gang rape of a young woman in India’s capital generated headlines around the world. The horrific incident, and the subsequent death of the woman, turned eyes toward the underbelly of the world’s second most-populous nation, drawing attention to the exploitation and abuse that many Indian women face on a daily basis. More broadly, the case generated widespread debate on the position of women in Indian society.

Mr. Beckett will discuss what can be done to tackle the issue of crimes against women in India, and touch on the roles and responsibilities of the media, government and NGOs in raising this subject in the public arena. He has followed the case closely, and is the co-author of ‘Crimes Against Women: Three Tragedies and the Call for Reform in India,’ a new e-book with in-depth coverage of three headline-generating crimes against women in the past 18 months as well as a series of recommendations that could lead to societal change.

Paul Beckett is Asia Editor of The Wall Street Journal, in charge of the paper’s print and digital editorial operations. He moved to Hong Kong in 2013 after six years as South Asia editor, based in New Delhi. Paul and the WSJ’s India bureau received the Overseas Press Club award for their India coverage in 2008.