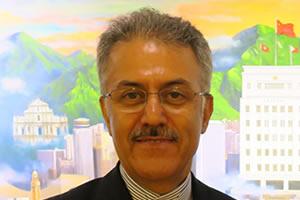 Club Lunch: The Re-Emergence of Iran: Its Implications for Hong Kong and East Asia

The signing of the nuclear deal between Iran and Security Council members has created a new environment inside and around Iran. A new member may have entered the world atomic club. The speaker feels that the removal of sanctions on Iran has made it one of the most attractive places for investment in the world. The commencement of negotiations in Syria and Yemen could be considered a victory for its foreign policy, the speaker contends, and recent parliamentarian elections has created a national solidarity inside the country.

Dr. Mehdi Fakheri was born and educated in Iran. He received his MA in International Relations from Tehran University and Ph.D. in Political Science from Universidad Complutense de Madrid (1988).  He was an Associate Professor and Acting Dean of the School of International Relations in Tehran. He also served several diplomatic missions in Geneva, Madrid and Mexico. Since 2015, he has been appointed as the Consul General of the Islamic Republic of Iran in Hong Kong and Macao.