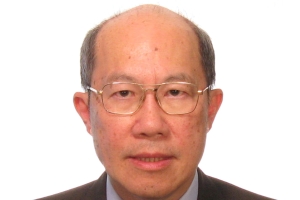 Veteran Sinologist Willy Lam, who had just published Chinese Politics in the Era of Xi Jinping, would talk about the career, ideology and statecraft of the Fifth-Generation leader. Mr. Lam addressed President Xi’s bold strategy to perpetuate the Chinese Communist Party’s “perennial ruling party” status – and how the 61-year-old princeling could emerge as the “Mao Zedong of the 21st Century.” Also discussed would be the Xi administration’s game plan for displacing the United States as the ultimate arbiter of the Asia-Pacific region in the coming decade or two. The speaker touched on the charismatic strongman’s anti-corruption campaign, his efforts to erect a personality cult around himself – as well as the Xi team’s ambitious global power-projection policies such as the “One Belt, One Road” gambit.

Dr Willy Lam taught Chinese politics and foreign policy at the Center for China Studies, the History Department, and the Master’s Program on Global Political Economy at the Chinese University of Hong Kong. He was a former China writer and editor at the South China Morning Post and CNN. Lam had published seven books including Chinese Politics in the Hu Jintao Era (Routledge, 2006). He was a senior fellow at the Jamestown Foundation, a foreign-policy think tank in Washington DC.