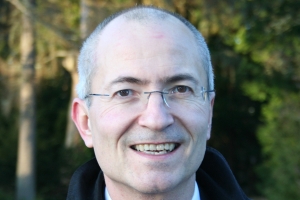 Club Lunch: The UK after the Most Unpredictable Election in Living Memory: So What Next?

The failure of either Labour or the Conservatives to open up a clear lead, the likely severe losses of the Liberal Democrats, the unprecedentedly high levels of support for the SNP in Scotland, and the prominence of UKIP made the 2015 UK General Election the most unpredictable in living memory. Charlie Jeffery explained this unpredictability and discuss what it means for the policies – and the stability – of the UK Government in the coming years.

Charlie Jeffery was appointed Senior Vice-Principal of the University of Edinburgh on 1 October 2014, having held a Chair of Politics at the University since 2004. Professor Jeffery held a number of public advisory and consultancy roles. He had been an advisor to the House of Commons Select Committee on the Office of the Deputy Prime Minister and the Committee on Standards in Public Life. He was formerly a member of the Council of the UK’s Economic and Social Research Council (2005-11), chairing its Research Committee. During 2012-13 Charlie was one of six members of the McKay Commission examining the issues raised by the West Lothian Question. The Commission reported in March 2013 and the final report can be read here. In his role as Research Coordinator for the ESRC’s Future of the UK and Scotland programme, Charlie played a leading role in the public debate about Scotland’s independence referendum.