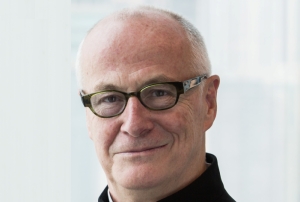 Cancelled: The speaker has cancelled this talk because of a change in travel plans.

Mr. Lynch will give an update on the latest developments of the West Kowloon Cultural District (“WKCD”), which will be developed into one of the world’s largest cultural quarters, blending art, education and public space.

With an area of 40 hectares, of which 23 hectares are reserved for public open space, including a park, a green avenue and a waterfront promenade, WKCD aims to be a vital platform for the local arts scene to interact, develop and collaborate, and major facilities to host and produce world-class exhibitions, performances and arts and cultural events. The West Kowloon Cultural District Authority – a statutory body – was established in 2008 to take forward this project.

Michael Lynch joined the West Kowloon Cultural District Authority in July 2011. He had a long and distinguished career in arts administration, serving as Chief Executive of the Sydney Opera House from 1998 to 2002 and then led the rejuvenation of London’s Southbank Centre where he was Chief Executive from 2002 to 2009. He was a director of the Australian Broadcasting Corporation and a member of the Board of Film Victoria and the Myer Foundation while in Australia from 2009 to 2011.