EventsSpeaker EventsClub Lunch: To Lose Without... 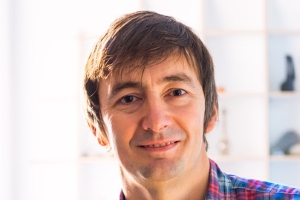 Club Lunch: To Lose Without Fighting? The US, China, Southeast Asia and the South China Sea

How long can the United States remain a ‘resident power in Asia’ in the face of China’s rise? Are Southeast Asian countries destined to become satellite states of Beijing? It’s increasingly fashionable to assume that China will inevitably eject the United States from Asia – starting in the South China Sea. But how plausible is this narrative? Bill Hayton will take a sceptical view but argue that, if it takes hold, it could become a self-fulfilling prophecy – the US and Southeast Asia would lose without fighting. He will argue that China’s actions in the South China Sea are not motivated by a desire to supplant the US as a global power but by a sincere, though mistaken, belief that the Sea is part of its national territory. On the other hand, the United States and Southeast Asian countries have overlapping but substantially different interests in the South China Sea. While the US prioritizes freedom of navigation, the littoral states prioritise their territorial claims. The interaction between these two agendas and their conflict with China’s are the greatest risk to future peace and security in the region.

Bill Hayton is the author of ‘The South China Sea: the struggle for power in Asia’. His previous book was ‘Vietnam: Rising Dragon” He has worked for the BBC since 1998, including a posting as the BBC reporter in Vietnam in 2006-7. He currently works for BBC World TV in London.