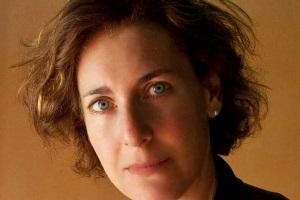 Club Lunch: Vietnam, From Darkness into Light: Documenting 25 Years of a Changing Country

Ms. Karnow showed photographs taken during the years of the most dramatic change seen in modern-day Vietnam, 1990 – 2014, on her assignment for National Geographic, Smithsonian as well as many self-assigned trips. Her images of Vietnam in the dark years, the early nineties, show a country that was just beginning to emerge from the dismal years of poverty and austerity; there was no color, no joy. In the mid-nineties new economic policies brought business from all over the world, such as golf courses only foreigners could afford, Coca Cola, awkward fashion shows, and a new school for Vietnamese Airlines flight attendants. The speaker also showed photographs of two terrible legacies of the Vietnam War: Amerasians and the ongoing plight of Agent Orange victims. She also recounted her long lasting friendship with General Giap and his family – not only was she the only non-Vietnamese photo-journalist to accompany General Giap in 1994 to the northern Vietnam highlands from which he plotted the battle of Dien Bien Phu, she was the only western journalist to be a close witness to his funeral and burial in October 2014.