EventsSpeaker EventsClub Lunch: What China’s Or... 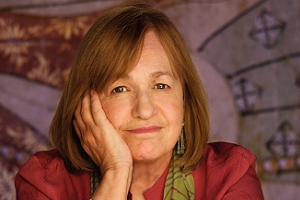 Club Lunch: What China’s Orphans Taught Me About Moving Mountains

Topic: What China’s Orphans Taught Me About Moving Mountains

In early 1996, Human Rights Watch / Asia published a deeply critical report documenting neglect and devastatingly high mortality rates for abandoned children in Chinese Welfare Institutions. Death by Default, A Policy of Fatal Neglect in China’s State Orphanages followed close on the heels of a British Channel Four documentary, The Dying Rooms. The Chinese government response to the ensuing international uproar was quiet and decisive. A White Paper describing child welfare policies was quickly released, and then the doors to China’s welfare institutions were firmly closed to foreign visitors.

Today, China’s Ministry of Civil Affairs partners with Half the Sky Foundation, a legally registered international NGO, to train the nation’s child welfare workers in an innovative and proven approach to providing nurturing family-like care to orphaned and abandoned children. What happened in the intervening years to win bureaucratic hearts and minds?

A former screenwriter and independent filmmaker, Jenny Bowen founded Half the Sky in 1998 along with a small group of adoptive parents. Bowen is the 2011 recipient of the Purpose Prize for Intergenerational Innovation, the 2008 Skoll Award for Social Entrepreneurship, and the 2007 American Chamber of Commerce’s Women of Influence Entrepreneur of the Year Award in Hong Kong. Bowen serves on China’s National Committee for Orphans and Disabled Children and on the Consultative Committee of Experts for Beijing Normal University’s Philanthropy Research Institute. She is the author of the memoir, Wish You Happy Forever: What China’s Orphans Taught Me About Moving Mountains, published by Harper Collins in 2014.